Julie Beckett from MidCentral District Health Board (DHB) and Martin Witt of the Cancer Society have just launched their recently completed maps of New Zealand Councils Smokefree Outdoor Policies and Spaces. It’s a step up from the earlier developed Parks and Playgrounds map and is designed to provide a snapshot of the newer smokefree outdoor areas councils are moving towards. There are three versions for easy use and the hope is it will be a valuable tool when you’re working with councils.

We asked Julie to give us some background into how the mapping came about and their intended use. Here is what she had to say... 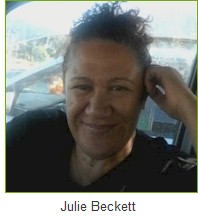 A decade ago, you could say that relationships between health agencies and Local Authorities (LAs) were few and far between. In 1989 MidCentral DHB worked alongside Palmerston North City Council (PNCC) to pass the Palmerston North Clean Indoor Air bylaw, a project led by Liz Ponter.

This was prior to the Smoke-free Environments Act and aimed to protect city residents from the effects of passive smoking in enclosed public spaces. Surveys from both businesses and the public showed significant support for the bylaw.

Fast forward to today where we have a lot more engagement and interaction with health agencies and LAs throughout Aotearoa.

As MidCentral DHB and part of the tobacco control sector we recognised we could not solve all problems. We do recognise that developing and maintaining partnerships with LAs is key due to the major role they play in the lives of our communities.

In 2015 PNCC led a remit at the Local Government New Zealand (LGNZ) conference, calling for national legislation of smokefree outdoor dining. To get a remit to the LGNZ AGM the lead council has to enlist the support of five other councils. Work was undertaken by the tobacco control whānau to engage with local councils to gather support for the remit. Grant Smith, the Mayor of Palmerston North, sent out correspondence to other councils to gain their support. As a direct result of hard work and the combined efforts of all, the remit was overwhelmingly supported by 70 percent of councils at the conference. 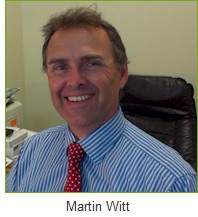 I was fortunate enough to attend that LGNZ conference 2015, to promote the Smokefree Aotearoa 2025 goal and how councils could effectively share their support. I realised there was no consistent way to detail councils progress with smokefree outdoor areas. New Zealand had 70 local authorities working differently. The PNCC region had a clear smokefree outdoor dining bylaw, yet take a 15 minute dive down the road and the Manawatu District Council had green spaces only being smokefree.

Leadership from central government on national legislation for smokefree outdoor dining could avoid differences between local councils and provide a clear national level playing field. The legislation could also provide much needed support in accelerating progress towards the Government’s Smokefree 2025 goal.

The initial map developed for the LGNZ conference shows councils' progress and non-progress on smokefree parks, playgrounds and beaches. The map was well received and created discussion and engagement with both mayors and councillors at the conference. This initial map has also been well utilised by our tobacco control sector to support their discussions with Health Ministers and their submissions to councils, and has been used at conferences to provide a snapshot of councils' progress. Since the remit we have noticed a lot more councils progressing their smokefree outdoor policies/spaces.

We are delighted to have just launched these improved maps highlighting the new and innovative smokefree outdoor areas councils are progressing. After a discussion with Martin Witt from the Cancer Society, we decided to do an updated version of the map. Martin was keen and he started work on the huge job of updating the database of information that was used for the first map.

Working with local councils all around the country, the Cancer Society was really supportive of the map concept. To assist the Cancer Society did a stocktake of the map in 2017. At the same time they also made contact with Lincoln University to investigate the possibility of developing the map as an interactive version using GIS software. We hope this will be completed later in 2018 – enabling users to access a version online, choose their council(s) and drill down to details of their respective policies.

We think providing easy ways of portraying the significant progress made by councils in helping achieve the Smokefree 2025 goal is important, not only because it shows the outcome of the advocacy partnerships forged by those working in tobacco control, but it also provides an easy reference for advocates looking for case studies to assist with their own work

Trying to capture a picture of the whole country is not easy! but we are grateful to all who have offered information and updates. Looking ahead, with smokefree outdoor environments forming part of the roadmap to a Smokefree Aotearoa (ref ASAP 2025 plan) we hope the map will support wider adoption by councils and the case for national legislation to see all outdoor hospitality venues become smokefree. Although the map is designed to represent local authorities progress on smokefree policy it also aims to scope any type of smokefree outdoor dining. So if you hear of any voluntary smokefree outdoor happenings in your area please let us know so Martin can add this information to the map. This will be key to support legislation for smokefree outdoor dining.

This piece of work has so far taken 12 months to complete. It was sent out for comment to the sector and revised based on feedback received. A very special thank you to our MidCentral DHB graphic designer Jackie Taylor for her huge contribution in making this resource possible and of course to Martin Witt for his skill and use of his database of information to develop the map, and to everyone who provided feedback and advice to support the completion of these maps.